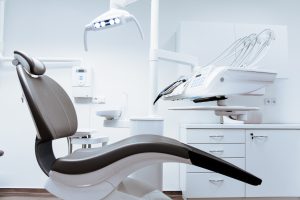 Dentist appointments are becoming harder and harder to acquire and as we know if you are not “on the books” already, it can be difficult in some areas to find a clinic that will accept NHS patients at all. As discussed here: https://elizabethstreetdentist.co.uk/access-to-the-dentist/

It can be a stressful situation for those not able to gain access for necessary treatment but there is now further concern about accessibility and the future of dental treatment for some, as costs have risen by 5% this year.

The announcement that NHS patients would be charged £1.10 extra for a check-up and an overall 5% increase in charges was met with concern, especially considering that many people already struggle to pay for private treatment and rely on NHS-covered procedures due to costs. Now, X-rays and scale and polish services will cost £22.70, root canals and fillings could be £62.10 and other work such as bridges and crowns will cost around £269.

The prices of dental work have increased yearly and the one saving grace has been that for NHS patients, they can have affordable treatments. Obviously, a 5% rise could be worse and certainly doesn’t add that much more per treatment, however, the trend is setting in and concern over the lack of dentists available for NHS treatments, along with the exodus of european dentists and lack of recruitment power due to NHS drawbacks (targets, litigation etc.) has resulted in a negative view toward how patients will be able to have treatment moving forward.

When compared with other areas of the UK, England are somewhat lacking. Wales have frozen their charges for another year and generally patient costs in Wales are 54% cheaper than treatments in England, including check-ups. In Scotland dental treatments are free, although given the economic differences and the fact that population numbers come into play, as well as Government spending, this can be explained rationally. However, it does show how poorly England currently handle their dental industry offering to NHS patients and the bleak future we’re heading towards as a nation if a solution can’t be found.

Is there enough investment?

With £2bn being invested this clearly isn’t enough to solve the issues that are plaguing England; Recruitment problems, shortage of qualified dentists, the lack of interest of dentists wanting to operate within the NHS system (preference for private practices) and lack of availability overall in many smaller areas of the country. Will money solve the problem? Or does the NHS system need an overhaul when it comes to dentistry within private practices?